It is no question that coffee has become an everyday part of our lives. It helps us kickstart our mind and body for the daily grind. But drinking the same single type of coffee everyday can sometimes be a drag, and you feel like it is not having any effect on you anymore.

A good way to spice up your everyday routine is to try something unique and stronger tasting, such as a liberica coffee, or what we call kapeng barako. It brings us the energy we need throughout the day like no other. So here’s the important question: how to prepare kapeng barako?

Kapeng Barako or Liberica Coffee, unlike its famous counterparts (Arabica and Robusta), is brewed by letting the ground beans boil in water mixed with brown sugar or muscovado. This is a traditional way of making it if you want to experience how the people from Batangas enjoy it, but other methods are also acceptable.

What is Kapeng Barako or Liberica Coffee?

Kapeng Barako is a variety of coffee that belongs to the rare species Coffea liberica. It has become well-known all over the world and it is unique for having large cherries, and thus it produces larger beans.

The term barako is a word used by the Tagalog people and is commonly referred to male bulls and wild boars symbolizing power and strength. This is because this variety of coffee is often described as having a strong taste to it.

Although it is popularly known that the Kapeng Barako is cultivated in the Southern Tagalog region, the species didn’t originally come from there. It originated from the continent of Africa, particularly in the country of Liberia.

According to recorded history, it was said that this rare coffee bean was imported here by the Spanish during the colonial times back in the 18th century. Some accounts also say that the said species were imported here due to a disease back in the 19th century which killed most of the plants.

Where is it grown?

Kapeng Barako is famous in Lipa, Batangas since that is where most of the coffee has naturalized because of the climate of the place. Some places in Cavite also have a cultivation of the said coffee.

When you go to these places, there are a lot of options of where you can buy this here and there. You can get different versions of it wherein some are pure coffee beans, and others are ground. All of this may have subtle differences in flavors but they most likely still have the same strong taste.

Kapeng Barako vs Arabica and Robusta

There are a lot of discussions about what the differences are between the different coffee species. Most of you would probably ask if there are differences in them, after all they’re all still coffee, right? Well, coffee connoisseurs beg to differ. And so we will compare the liberica with the other most commonly used species of coffee which is the arabica and robusta.

The main characteristic of a Kapeng Barako or liberica are its huge beans which are asymmetrical and have a strong aroma. This rare species of coffee tends to have an earthy and nutty flavor to it once brewed.

This is what’s referred to as the strong taste and it is certainly an acquired taste for most people since not a lot of people appreciate it. Partnered with that strong taste, it is a perfect type of coffee to be made into an espresso for the people to fully savor its unique taste.

Arabica is the most common species of coffee that is being cultivated all over the world. It has beans which are oval in shape and is also dark.

This is the type of coffee which is grown in high areas especially tropical places where there is a lot of rainfall throughout the year, so people usually call the arabica as mountain coffee or highland coffee. It takes a longer time to mature than its counterparts but for people, it is worth it because it gives off a sweeter taste.

Robusta is the next in line when it comes to the most commonly consumed variety of coffee. You can recognize a robusta coffee with its beans which are circular in shape and is paler and more dry than its counterparts in the market.

These are much faster to cultivate, so it is generally cheaper than arabica in most cases. The only downside of this coffee for some people is that it is more acidic and has more caffeine content, so it has more bitter and harsher taste.

Preparing Kapeng Barako the traditional way is really easy to do, with a few easy steps, you’ll be drinking your coffee and ready to start your day! Take note that if you still have the whole roasted coffee beans with you, you are going to need to grind these either with the manual grinder or the use of an electric coffee grinder or blender. Once you’ve done that you’re ready to brew some kapeng barako without coffee maker.

There are other solutions in preparing the kapeng barako if you prefer it made in other ways or you don’t have the means to prepare it using the traditional method.

So here, we can brew the kapeng barako using a french press or a coffee maker. The steps are almost the same as preparing it using the traditional method–you still use the ratio of ingredients we followed, the only difference is the type of equipment used.

When using the french press, set the timer for around 5 minutes and cover it. Wait for it to settle and then slowly press the plunger down.

Using a coffee maker is easy, just use it as you would while following the ratio of the ingredients needed to make kapeng barako. 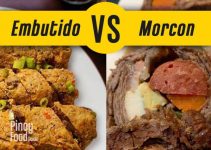 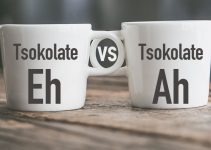 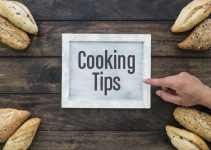