Imagine the simpler times when you were younger, and you have a Mamon by your side on a nice and warm Saturday afternoon, so refreshing and relaxing, right? If you’re getting teary-eyed, then it’s time to make mamon, because this is what we call the pusong mamon.

You can make your afternoon meriendas extra special by making your own Mamon at home. This recipe is sure to give you a special mamon that you won’t forget. This is a really good bonding time with the family when you make the mamon together.

Create memories with these soft and fluffy sponge cakes with your family and learn how to make this mamon now by reading this recipe article and see some trivia about this chiffon, as well as some tips to help you along the way.

What is Mamon (Filipino Sponge Cake)?

The mamon is a popular type of sponge cake in the Philippines. It has a striking resemblance to cupcakes since it is common to use cupcake molds when making the mamon. This Filipino chiffon is made of eggs, cake flour, butter and sweeteners such as vanilla and sugar.

Some variations of the mamon include slathering the mamon in butter and topping it with cheese. This is usually eaten during the afternoon for a merienda in Filipino households.

From the mamon, there are a lot of other types of pastry which you can make. Some of these are a combination of different kinds of Filipino pastries and some others are basically the same ingredients but with a different style of preparation. Should this interest you, here are other variants:

How to Make Mamon?

Making this bread is easy, yet it still gives you a rewarding product after. To start with making the Mamon, here are the main steps you need to think about, for you to easily visualize what you’re about to do. First part of the procedure is to make the batter ingredients.

From what the name of the ingredients says, we are going to create a batter. The next step is to make the meringue. It is also a similar procedure to making the batter. And then the last part is to mix these two parts that we just made and then assemble them in the baking cups.

Print Recipe
No ratings yet 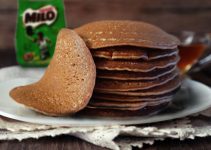 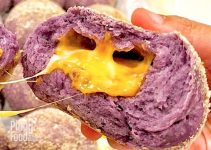 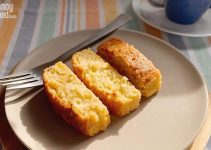