Holidays are indeed an exciting time in our lives, as we usually gather around with our loved ones and go to parties and other trips with them. For everyone to have a nice time, of course we want to make sure that we at least make an effort that’s deserving enough for our loved ones to surely be proud of, such as making holiday desserts like the maja blanca.

Although when everything might seem perfect enough, you end up with some sort of disaster and ask yourself, “Why is my Maja Blanca soft?”

Your maja blanca might end up soft for a number of reasons. It might be because the cornstarch is not evenly distributed within the mixture, or your pudding is not well cooked through, and is not stirred properly during cooking. If you want to avoid this the next time you’re preparing this dessert, there are a couple of techniques you can do to make sure that your maja blanca will set and be firm every time.

What is Maja Blanca?

Maja Blanca is a popular Filipino dessert which is primarily made out of coconut milk, cornstarch, and sugar. Another name it goes by–in case you don’t know–is coconut milk pudding.

Although this is invented by Filipinos, it has traits coming from Spanish influence during the colonial times. In fact, it is strikingly resemblant to another dessert of Spanish origin, which is called a blancmange–a pastry filling that is made out of milk, the only major difference is that it is lacking coconut milk and other toppings.

It is traditionally served during holidays especially Christmas and commonly given as gifts for families and friends. Although nowadays, you can see this everywhere you go from local stores along the streets to restaurants which offer Filipino dishes and desserts.

If you’re craving for this dessert at home, you can even do it since the ingredients are probably available because they are almost always on hand within your households.

How can I get my Maja Blanca to Set Every Time?

There are a few adjustments to the procedures you do when making maja blanca to make sure that you have a firm and delicious dessert. If you made a couple of these errors the last time which made your maja blanca soft, here are some tips you can do to avoid it.

Make sure to boil the mixture. It is important that the mixture is cooked through so the cornstarch will thicken. Make sure to cook it steadily with continuous stirring over low to medium heat to prevent the mixture from sticking and burning into the bottom of the cooking pot. It is normal if the mixture becomes hard to mix and very thick, because that’s an indicator that your maja blanca will set.

Refrigerate your maja blanca. This is an optional step, but when you have ample time before serving, it is a good idea to let the maja blanca chill for a couple of hours and then put the topping afterwards. This method improves the texture of your pudding and makes it easier to handle and slice. It’s definitely perfect for those who love some cold dessert.

Can you freeze maja blanca?

Yes, this is a surprisingly delicious last resort fix to your maja blanca. If you find that your maja blanca is a little too sweet and is a bit unbearable for its taste or if somehow, the pudding has still not set after a couple of hours, you have the option to place your pudding in the freezer.

Freezing will result in a firmer texture and will feel less sweet as you’ll end up with an ice cream-like dessert, and no effort will go to waste.

Photo by cottonbro from Pexels

How long can you keep maja blanca?

There’s a high chance that some of the maja blanca might be left over after an event or a party, since it is usually partnered with a bunch of other food. The good news is you can still keep your maja blanca fresh for longer periods.

All you have to do is to properly store it in the refrigerator, and make sure that it is covered while in there. The dessert will be at its best flavor and condition for at least 5 days. You can extend it for a couple days more or so, but it is not recommended for the maja blanca to be kept for too long.

Other Filipino delicacies you can try

When it comes to Filipino desserts, there are almost unlimited options you can try and make for yourselves! Other than maja blanca, you will not be disappointed with the other desserts, from candies, to puddings, and to cakes–mixed with ingredients you might not even expect. Bask in the creativity of the people when it comes to making these sweets.

If you think that the Maja Blanca is too plain for your liking, you could also try another one called Maja de Ube, which is a purple yam coconut pudding. It resembles the flavor of another Filipino favorite delicacy, the sapin-sapin–but in the form of a delicious pudding!

Other delicacies you can try: 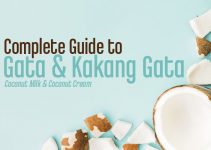 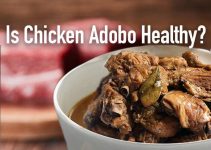