Check out this delicious hybrid of two Filipino favorites, the Puto Pao (with asado filling)!

Puto is quite a popular delicacy here in the Philippines. You will commonly find this as being served as an afternoon snack or most especially in special celebrations, such as birthday gatherings, fiestas and other large gatherings.

Since the puto is so common, it is not surprising that we have variations of the said delightful food, and one of these is the combination of the puto and siopao, the Puto Pao! This is a sure hit that will make you crave for more in just one bite.

Continue to read this recipe article below, and learn how to make this exceptional delicacy right now for your friends and your loved ones. There are also some trivia and some trips that are sure to help you along the process of making one.

What is Puto Pao?

Puto is basically a steamed rice cake popularized by the Filipinos. It is commonly eaten as a dessert or a snack, or is partnered with other savory Filipino dishes.

It is traditionally made from a mixture of rice, water, and sugar, and is usually fermented first before steaming them.

But nowadays, making the puto has never been this easy ever since the use of flour became popular. It is actually not a bad substitute as it makes the puto smoother and softer.

Puto pao is one among the many variants of the famous Filipino delicacy–puto, or what is commonly described as the white puto. These variations make use of the base puto mixture and usually just adds different kinds of filling into it.

The puto recipe here is something intriguing because we make the puto with the special pork asado filling inside. The asado is pork meat made with a thick and sweet sauce, using soy sauce, oyster sauce, and sugar as the main seasonings.

How to Make Puto Pao?

Making puto pao is a bit similar to making the original plain puto, we just have to add some of the ingredients for the filling. It might seem overwhelming, but it is a pretty straightforward process. Just be mindful of the ratio of the ingredients so no further problems would arise.

For the asado part, what you need to do is to cook the pork and then make the sauce. The sauce needs to be thick and has to have the right amount of sweetness. We make it thicker by using cornstarch.

It is a simple process of cooking, you just have to be mindful of the cooking times to avoid the pork from being overcooked and to avoid the sauce from evaporating too much.

When making the puto, the first thing you have to do is to make two separate mixtures, one for the wet ingredients, and one for the dry ingredients. This is to ensure a smooth workflow.

Once that’s done, just combine the two mixtures while slowly adding in some water until you have a favorable consistency. That’s basically the “hard” part, all that’s left to do is to distribute the mixture into the puto molds and add in our asado ingredients! 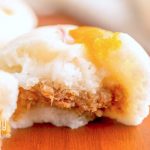 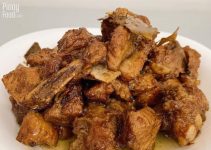 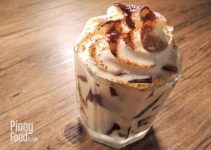 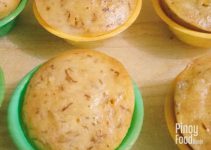