During holiday seasons, most people are scurrying trying to find the best food they can prepare. But let’s admit it, we all don’t have the time to make something extravagant, as we can be too busy even when holidays are just around the corner.

That is why we have this Yema recipe for you, this is something you can make that’s both special, and really easy to make! Gone are the days where you’re going to worry about what to give to your family and friends.

In this article, we will help you learn how to make the best yema with this quick and easy recipe! This is quite an addictive dessert so even if there are no occasions at all, who’s stopping you to make a bunch of these for yourselves? After all, we still deserve a treat every now and then.

Read on below to see some tips and trivia about the famous dessert–Yema.

What is a Yema?

Yema is a popular soft dessert which is basically made out of egg yolks and condensed milk. The term yema in Spanish means “egg yolk,” which is not surprising of course since it’s mainly composed of egg yolks and it literally looks like a big egg yolk–especially when it’s formed into the shape of a sphere.

Though traditionally, it is made into pyramid shapes wrapped in cellophane. It can be found commonly outside Catholic churches where people gather for masses during the Christmas season.

There is a lot of unconfirmed information on whether the yema really originated here in the Philippines or not.

There are stories where it’s said to have originated in Bulacan, and that most of the Spanish people left out the egg yolks and Filipinos got a hold of them and invented the dessert. And there are also accounts where there are similar delicacies made by the Spanish even before the yema existed.

How to Make Yema?

Making the yema is super easy. You don’t need to be a professional cook or to be able to create the perfect yema.

Using this recipe, it will be delicious. All you have to do is mix the ingredients altogether and then cook to make it really really thick. Once that’s done, that last step is to let it cool and then form it to whatever shape you want!

When forming them into shapes, the common ones to make them into a pyramid shape, or a simple spherical shape.

When making them into pyramid shape, it is usually with cellophane. Just place a part (around 1 tbsp) of the mixture in the center of a small square (around 3in x 3in) of cellophane and wrap it while forming a pyramid.

Making the yema mixture into a ball is made simply by using your hands.

Making yema tends to be very sticky, even when it’s already finished. If you want a less sticky texture for your yema, you can prepare a plate sprinkled with sugar and roll the yema into it. It would result in a less sticky yema and it will make it a lot sweeter also. 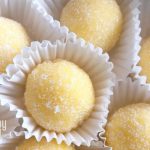 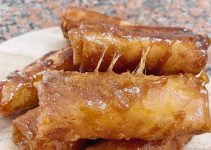 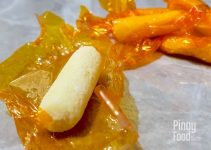 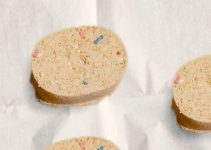